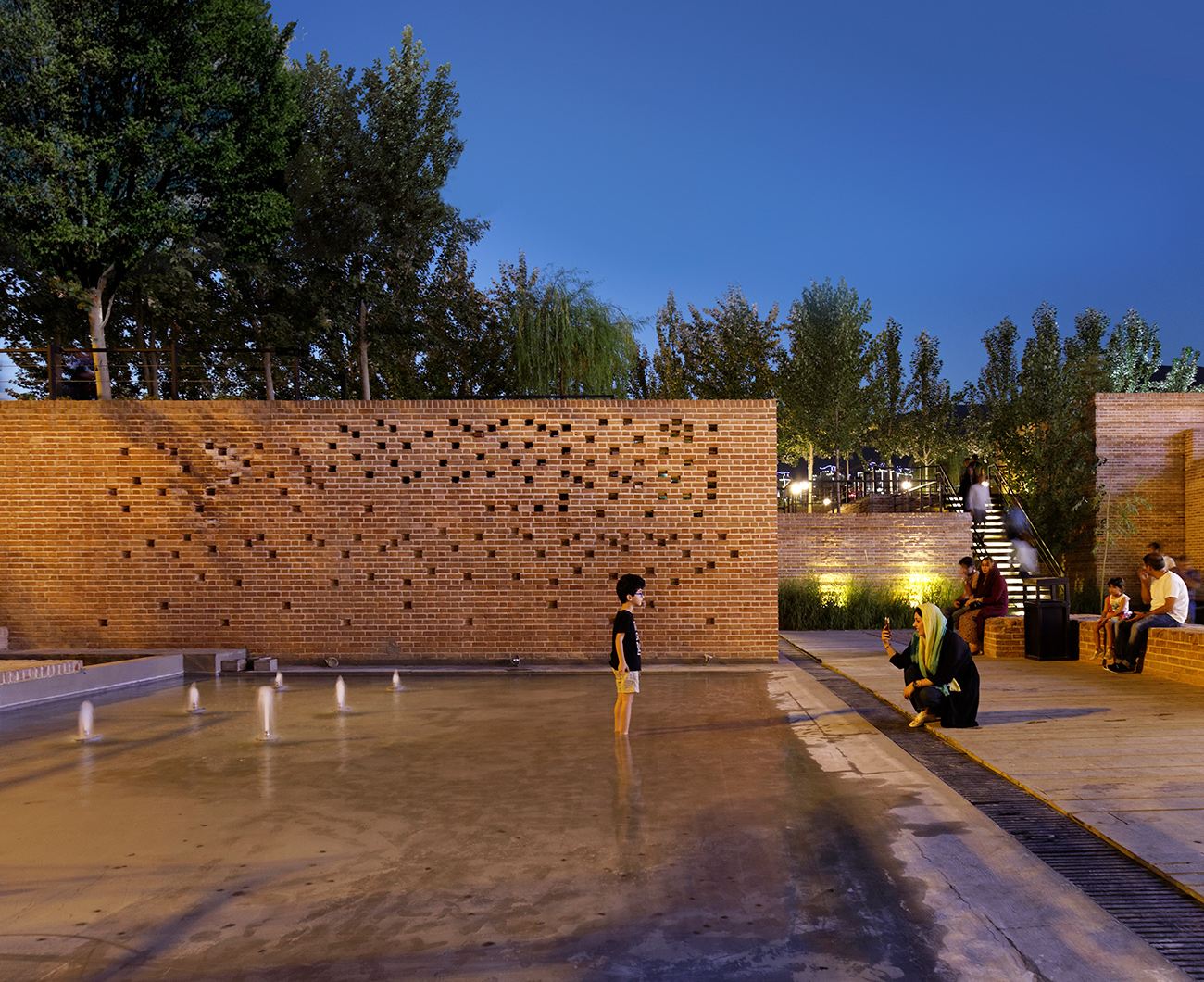 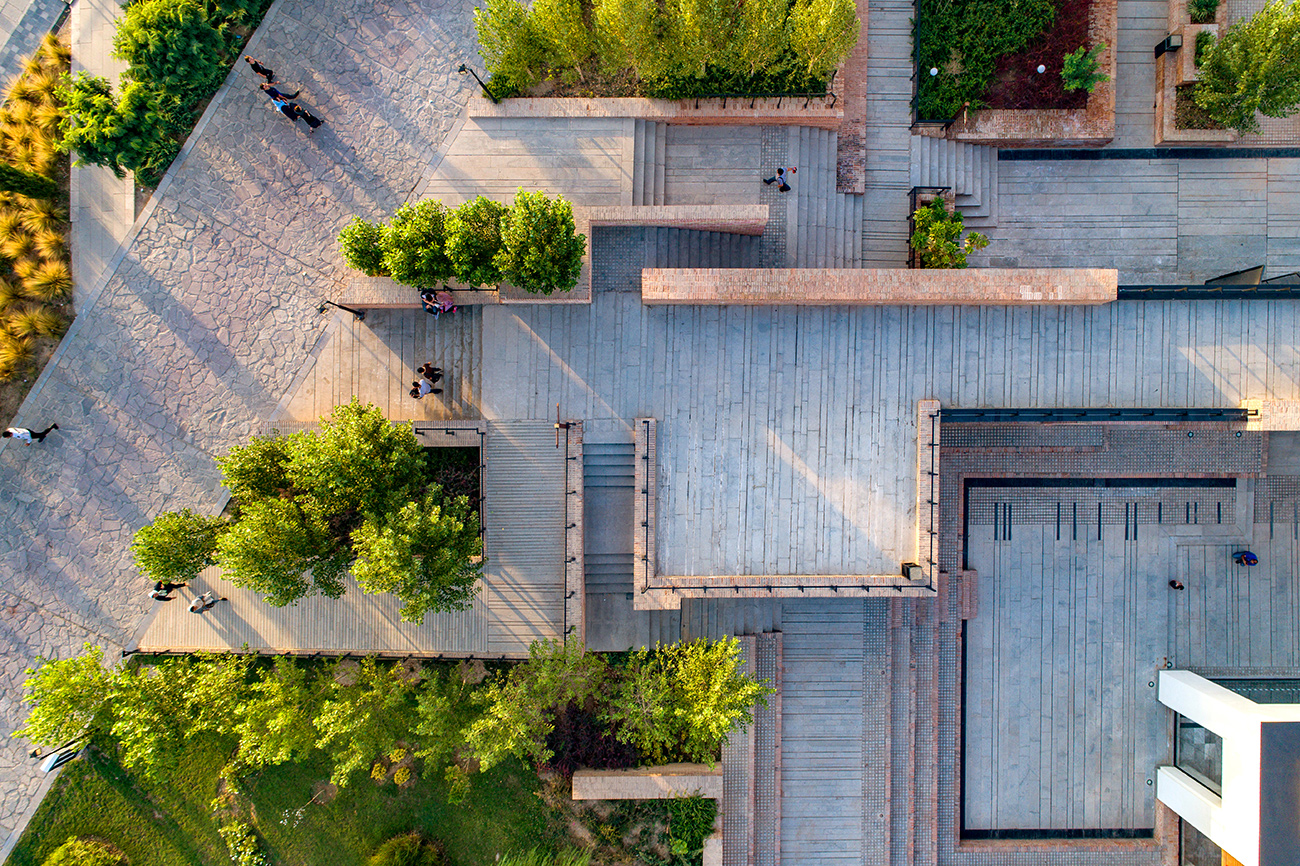 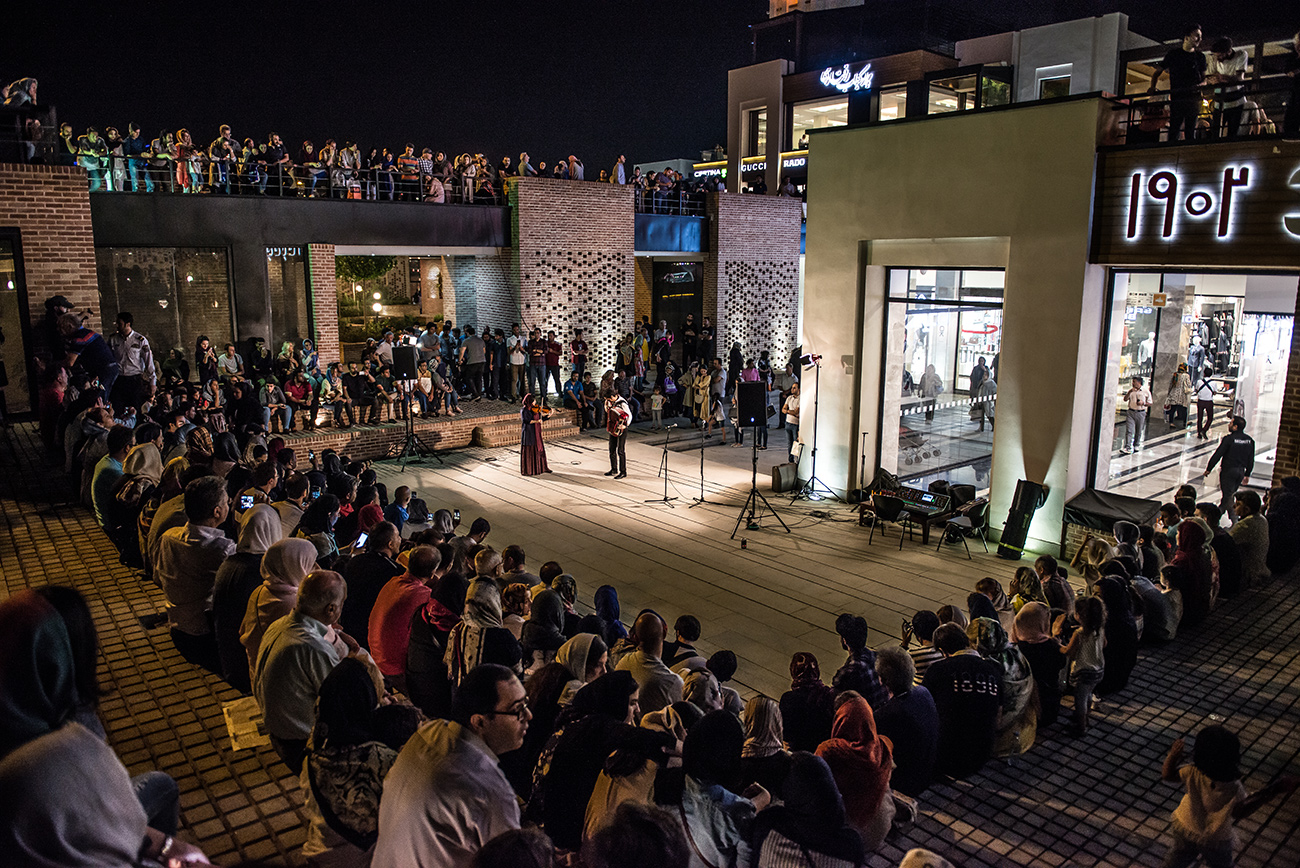 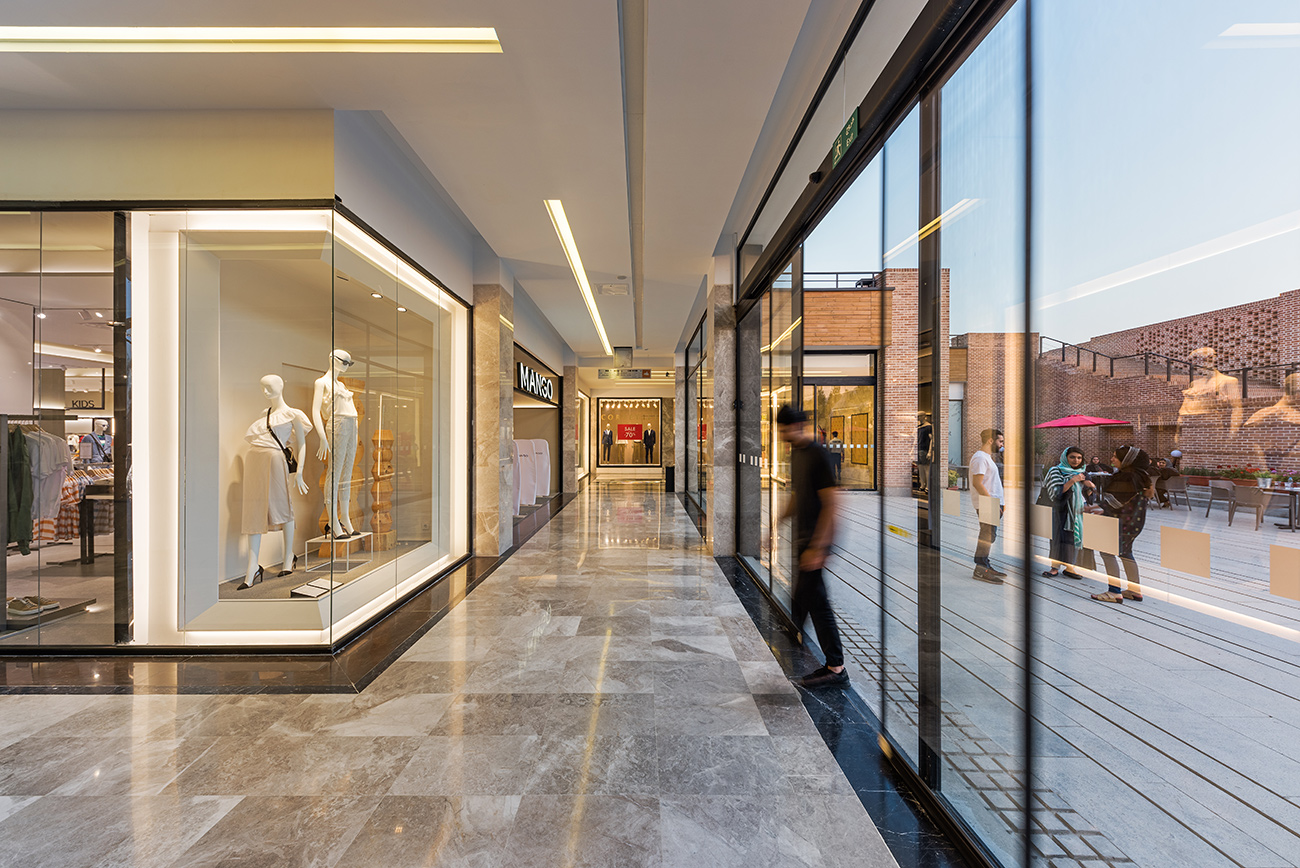 “How is it possible to bring the urban life in a new fast-growing business context?” The question has been raised for the architects, having just finished some design experiences in district #22 of Tehran, including the lakeshore landscape design of the Chitgar Artificial Lake. Despite having a high environmental potential, this district suffers from rapid, high-density, and non-human scale development through the last decade. On a larger scale, Tehran suffers from a lack of social urban spaces. Even the lake, was a temporary salve; because the situation can be worsened by the construction of high-rise buildings and shopping malls around it.

Based on this background, when in the spring of 2013 the initial concept of a linear shopping building on the east side of the lake was proposed by the municipality, the conventional approach to the design of shopping malls was questioned by the architects. After a long negotiation and consultation with the client as the project’s investor to redress the balance between the environment, culture, and financial profit, a win-win strategy was formed; making a space where culture and commerce intersect. As a result, the project was recognized as: “An effort to form a new shape of commercial and social urban life, by focusing on “the space in-between”, seeing the whole project as a connected landscape”.

The project was opened to the public in May 2017. Since then it is one of the leading destinations, as a popular host for social events in Tehran. A survey which was done by the business administrators of the project shows that an average of 16000 persons per day has visited the complex. Google’s statistics show that people typically spend 45 min to 2.5 hours there. As a commercial complex Bamland achieved some of the best selling records in the retail market through last year.
The project has won some national and international architectural awards: The continental special prize for an Exterior in ”Prix Versailles 2018” held by UNESCO, Paris, Shortlisted in the commercial category in“2A continental award for Asia 2017” and highly commended in “Memar award 2018”.